Want to give smiles ?

A work that your friends will remember !

The title in both languages clearly evokes my socio-political thinking of the situation in the mishmash of Canadian responsibilities to manage the provinces. To whom it May concern, to whom the right ...... The bébéyages between it's mine not yours, don't touch my babies, don't come and play in my yard ... nya, nya, nya ........ ...Simply two urinals, side by side, without separator, as if to compare each other to console each other !!!! As if to see who pisses harder and farther than his neighbor ..... resembling two royal thrones, of glossy white porcelain, smelling of mothballs and cold echo.

This vestige of another era, after taverns, hairdressing salons and other places reserved for men, these pissoirs remain one of the rare places which have not yet collapsed under the "non-gendered".

Photo taken in the toilets in the basement of Cinema Beaubien in Montreal. Well noted, that it happens that I do not have my camera in hand, especially to go see a movie and even less to go to the bathroom, that could lead to a misinterpretation, but fortunately there is the cellphone ...

OFFER YOURSELF A   ©Click:Robert Seguin MAA 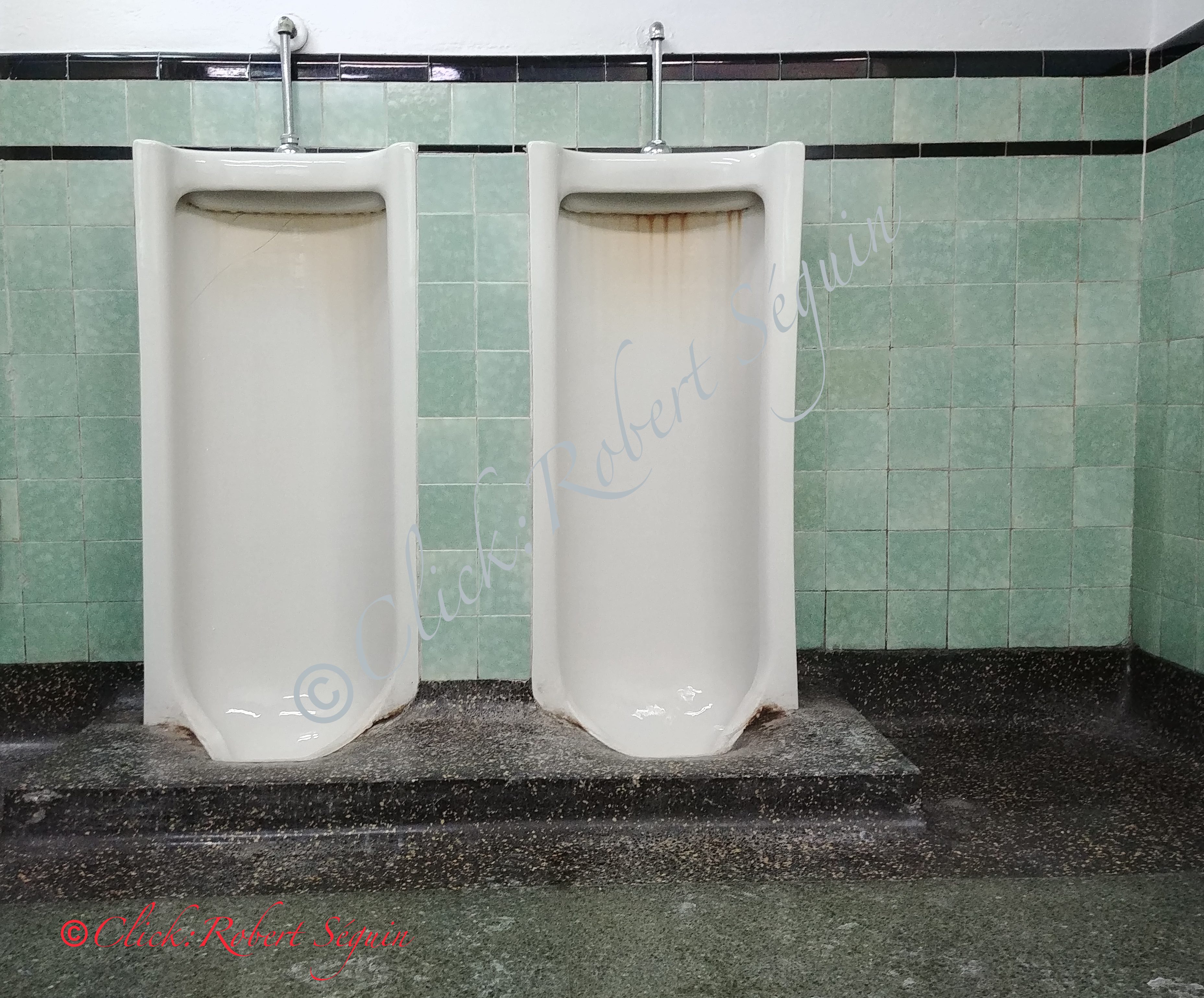